This is the second known prototype ever made and is seen in the original 1977 non-fine tuner patent.  This can be considered the first double-locking prototype, and although the design is crude, it features all characteristics of the future non-fine tuning designs (FRT-1, FRT-3).

There are no photographs of the actual unit, although it can be assumed Mr. Rose still has possession of it.  This patent was filed on January 3rd, 1977.  It was granted October 23rd, 1979.  By the time the patent was granted, Floyd already redesigned this version into the FRT-1. 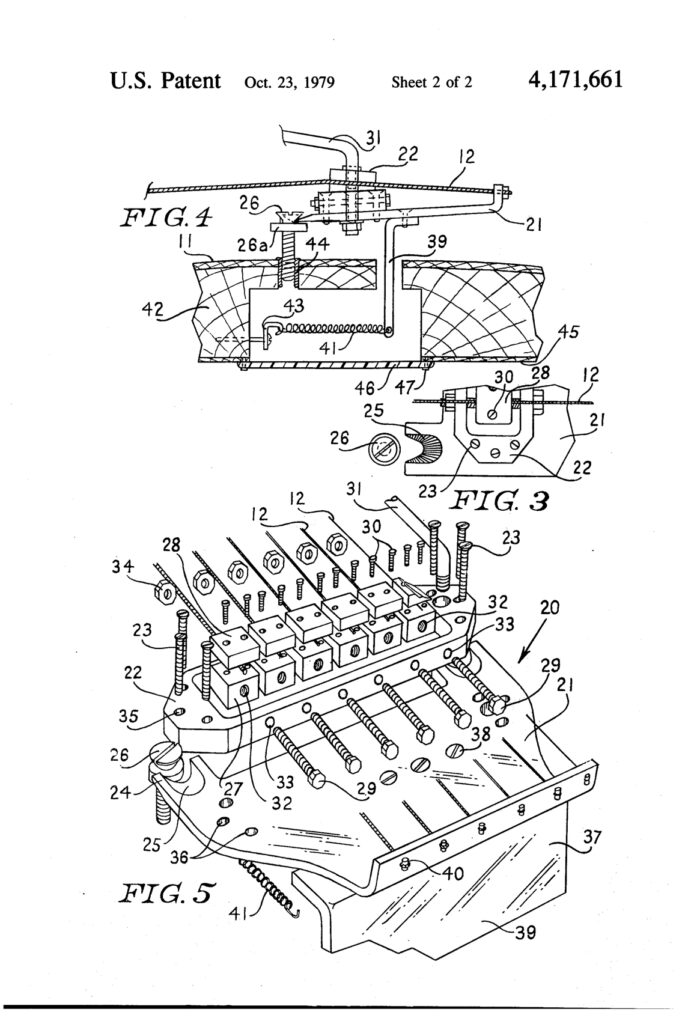 Notice how the locking mechanism at the saddles lock from above, which is much different than modern screw/T-block design we would see in the FRT-1.  Furthermore, the string-ends did not have to be cut off, as they were simply held in place by the tail.

The sustain block is bolted to the base plate and seems to be a thin piece of sheet metal as opposed to the later thick steel blocks would see on the FRT-1 and FRT-3. 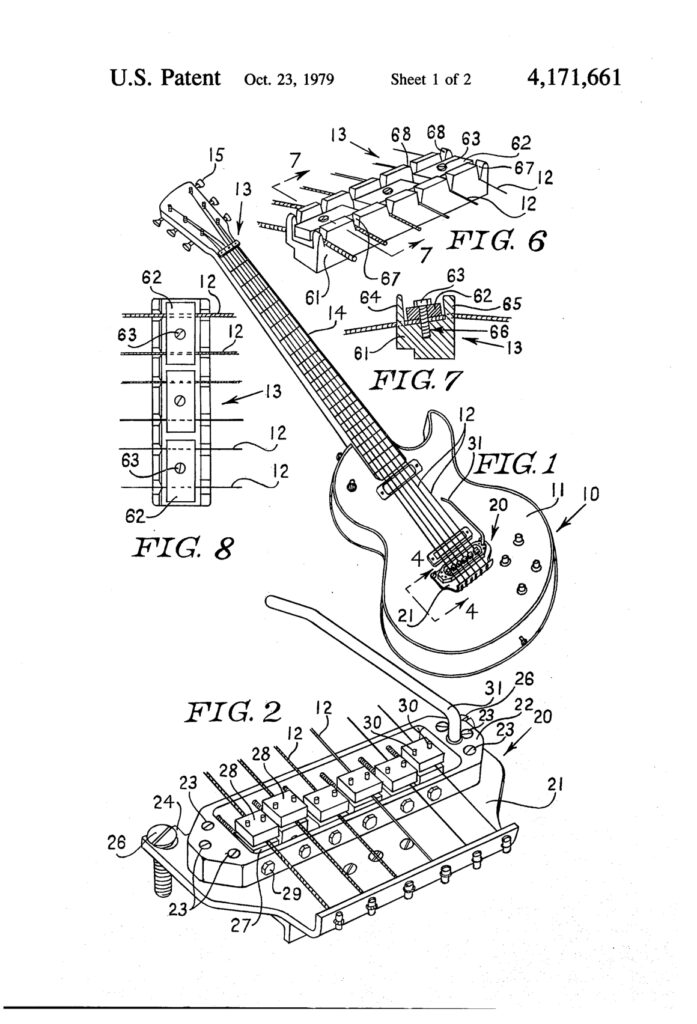 Above you see a very primitive locking nut which seems to be a thinner 1/8″ nut made to fit the standard Fender nut shelf.  The locking bolts are not allen bolts like modern version but have a flat-head screwdriver bolt.

If you have photos of this patent prototype, please contact me. 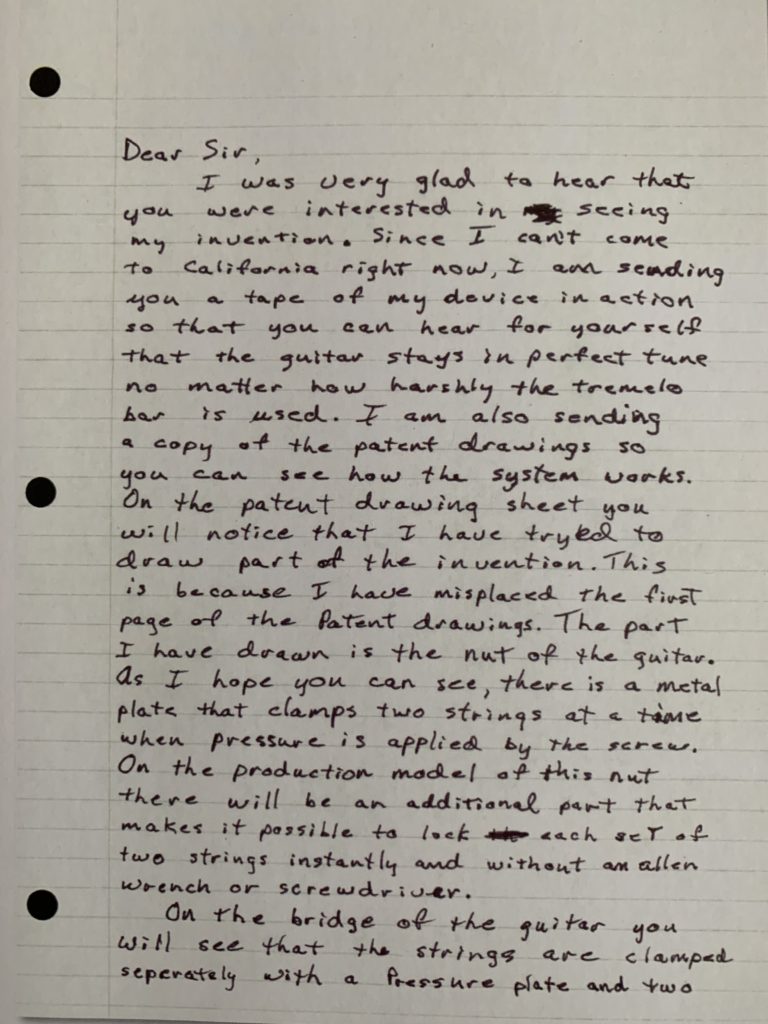 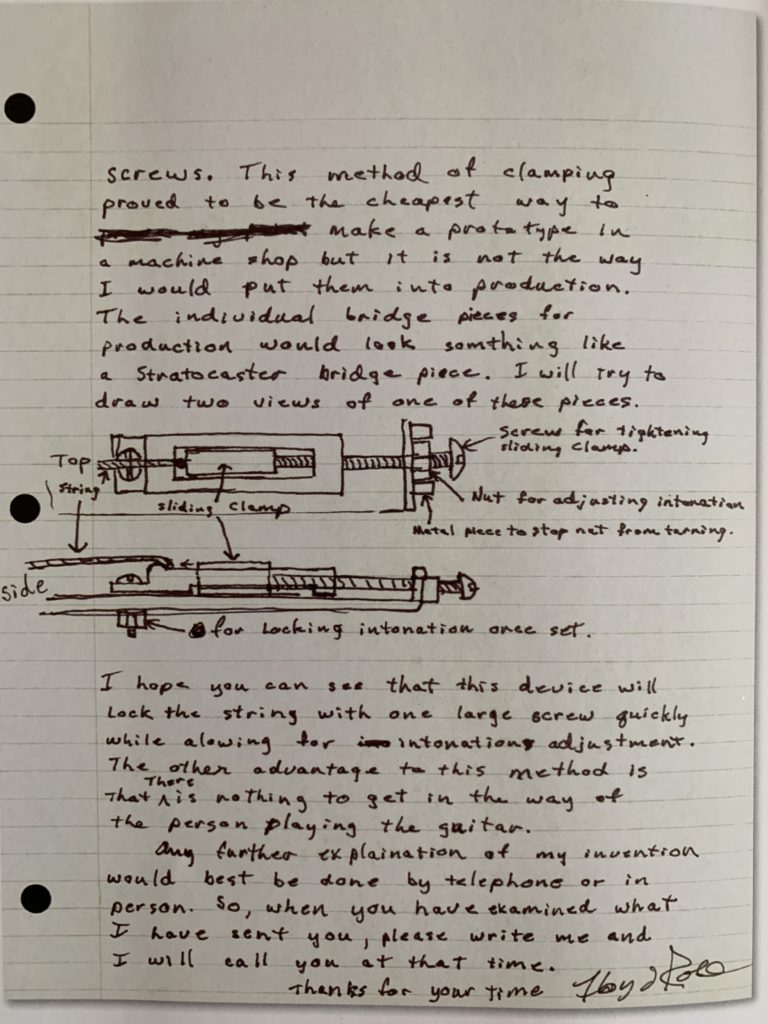 Above is a letter Mr. Rose wrote to some individual who inquired about the Floyd Rose system.  Floyd mentions the patent prototype and how the clamp down mechanism was done due to costs in making the prototype.  He then mentions he plans on changing it in production (which he did). 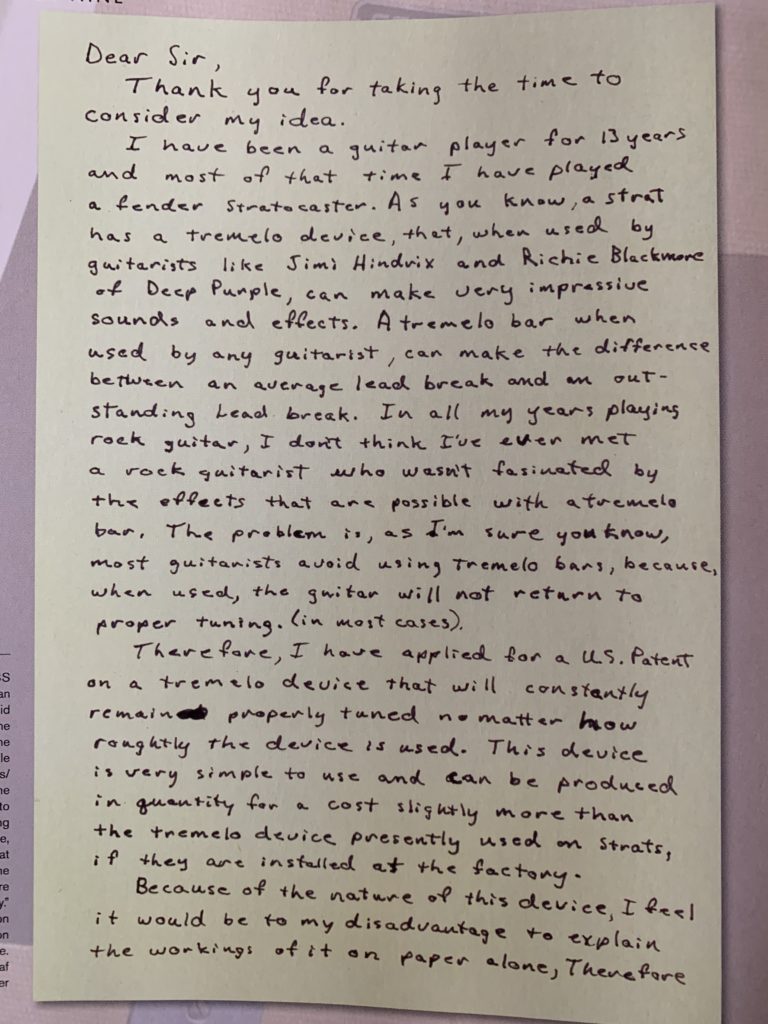 Another letter to someone (the 2nd page isn’t available).  It’s important to realize that Mr. Rose was turned down by Fender, Gibson, and many other big companies before being picked up by Kramer Guitars (and the rest is history).