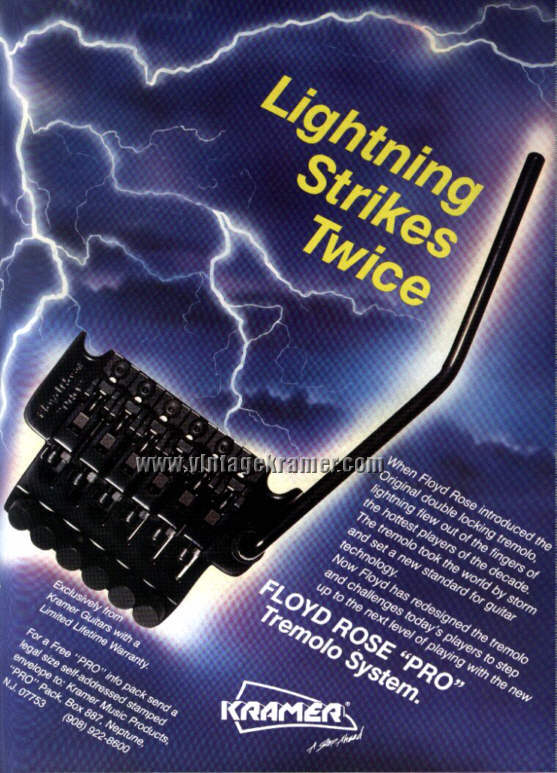 The earliest units were made by Gary Kahler of American Precision Metalworks (APM), were made of bent steel, and sometimes has a “droop” on one side due to the fabrication process.  “APM” is also stamped on the bottom of them.  APM was able to build them for Floyd due to a lawsuit Gary Kahler won (which also resulted him Kahler being allowed to create the Kahler Steeler, Killer, and Spyder tremolos).

The Pro units were installed on later model Kramers. Most notably, they can be seen on Nightswan II’s, Pro-Axe guitars, and some Showsters. They differ from the standard units in that the intonation allen screws are in front of the fine tuners as opposed to the OFR which has them behind the whale tail. Also, the “whale tail” is at an angle versus its OFR relative making the trem a lower profile for players who rest their hands on the unit while playing. The spring block that extends down into the body is shorter as well, keeping the block at the right depth for recessed routed trems. Generally, they work the same, and stay in tune under the most rigorous “whammy” conditions. They cannot be used on traditional OFR “non recessed” routes. (Taken from vintagekramer.com) 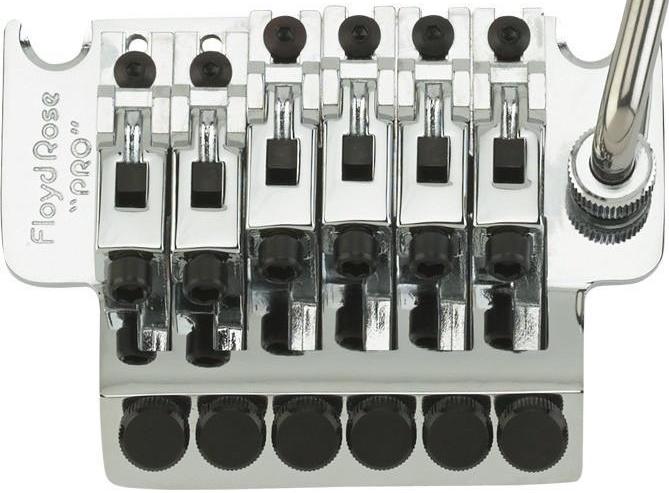 Above is a picture of a modern Floyd Rose Pro unit.  There’s also a Korean and 7-string version. 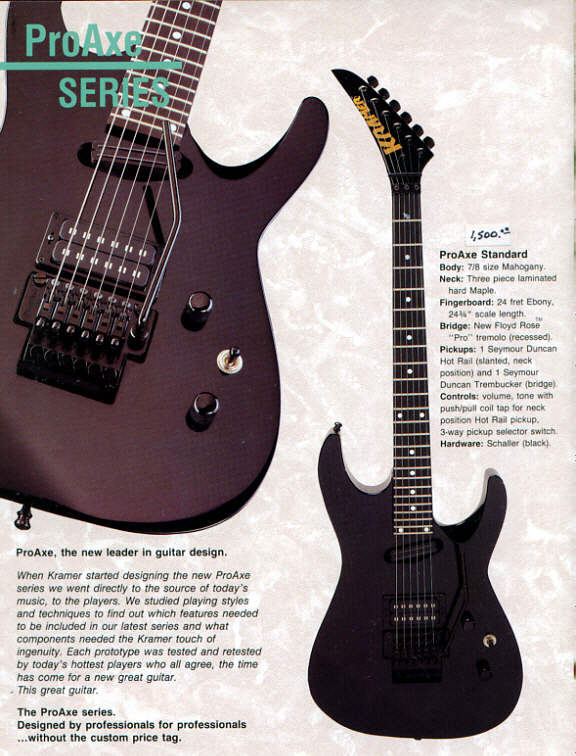 The Kramer Proaxe, released in 1989, is one of the first guitars to feature the Pro.  The Pro unit worked well with the already narrow R1 nut width of the guitar. 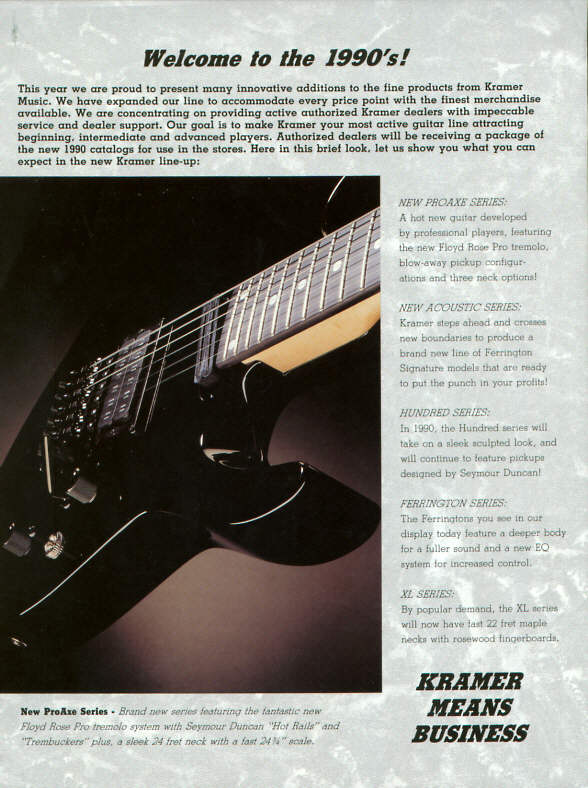 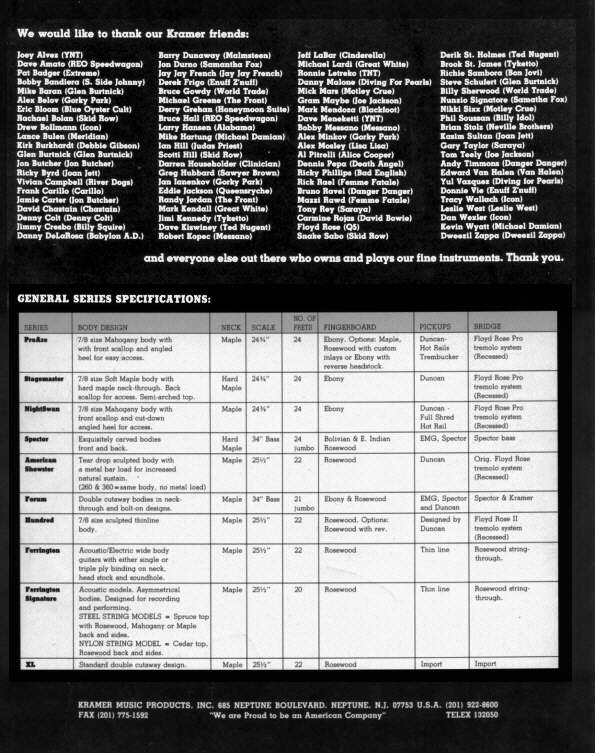 Some Kramer models which previously had the “original” Floyd would switch to the Pro version right before the closing of the Kramer Guitar company.  Above, you see the Nightswan II and Stagemaster also would sport the Pro units.  Although, not many are seen.  The unit was primarily featured on the Proaxe.

For those interested, I made a fully in depth video on the Proaxe. 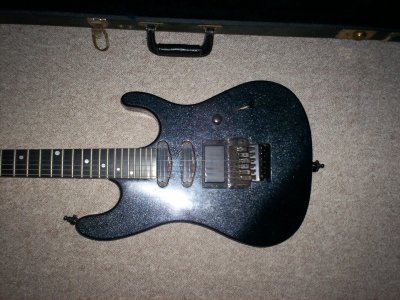 Above are examples of Nightswan II, which have H-S-S pickup configurations when compared to the H-H configuration on the regular Nightswans.  Not many of these were made due to Kramer going bankrupt in 1990.  Most of the Nightswan IIs are put together from parts bought from a large sale when the company ceased operations.

As a rather off-topic venture, above is an extremely detailed Kramer Nightswan video I made.

Fernandes, long time collaborators and creators of early production Floyd models, would make their own version starting in around 1993.  They called it their FRT-5 Pro and kept it in their lineup for many years to come. 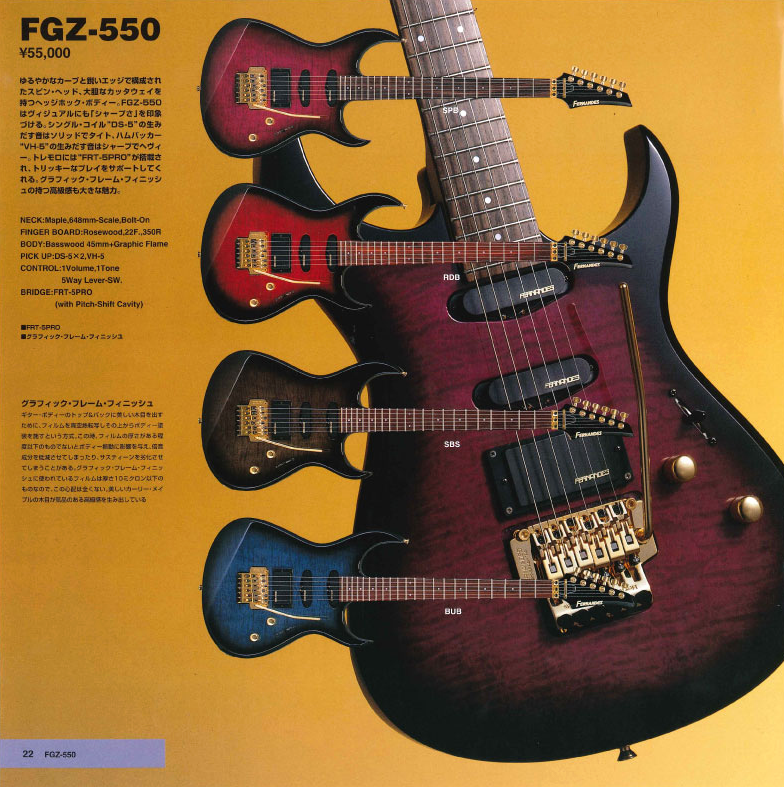 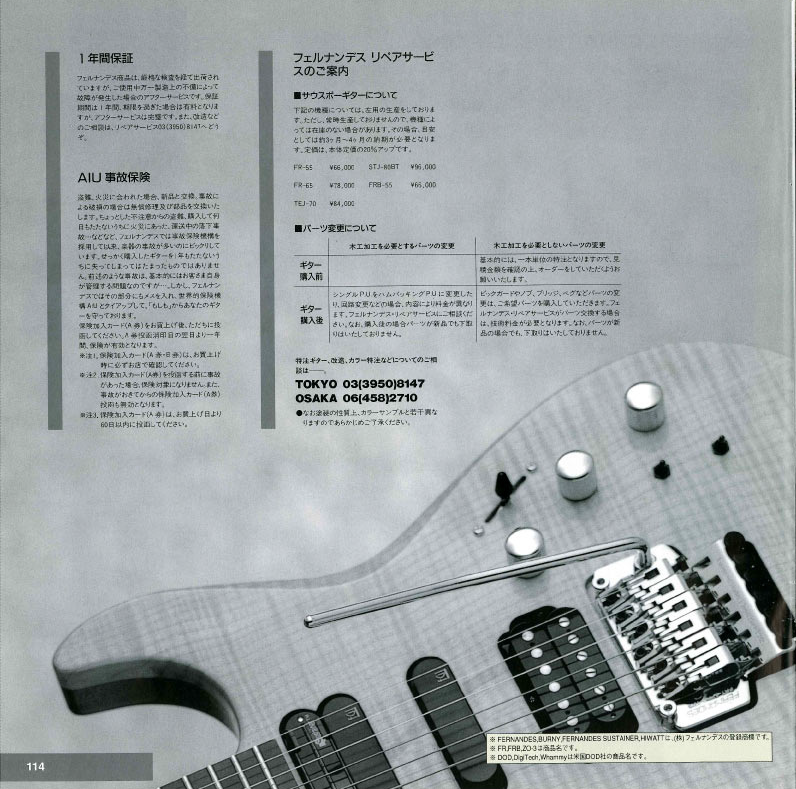 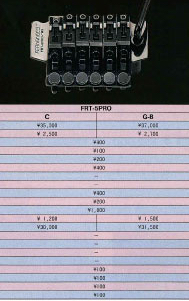