The Floyd Rose Speedloader was in development from 1991-2003 and tried to solve the problem of lengthy string changes in older Floyd models by changing to specialized double-sided bullet type strings.

They essentially did everything a regular FRT5 Floyd Rose could do, but string changes could literally be done in five seconds.  That being said, the Speedloader failed to gain momentum.  First, let’s get into the technical details. 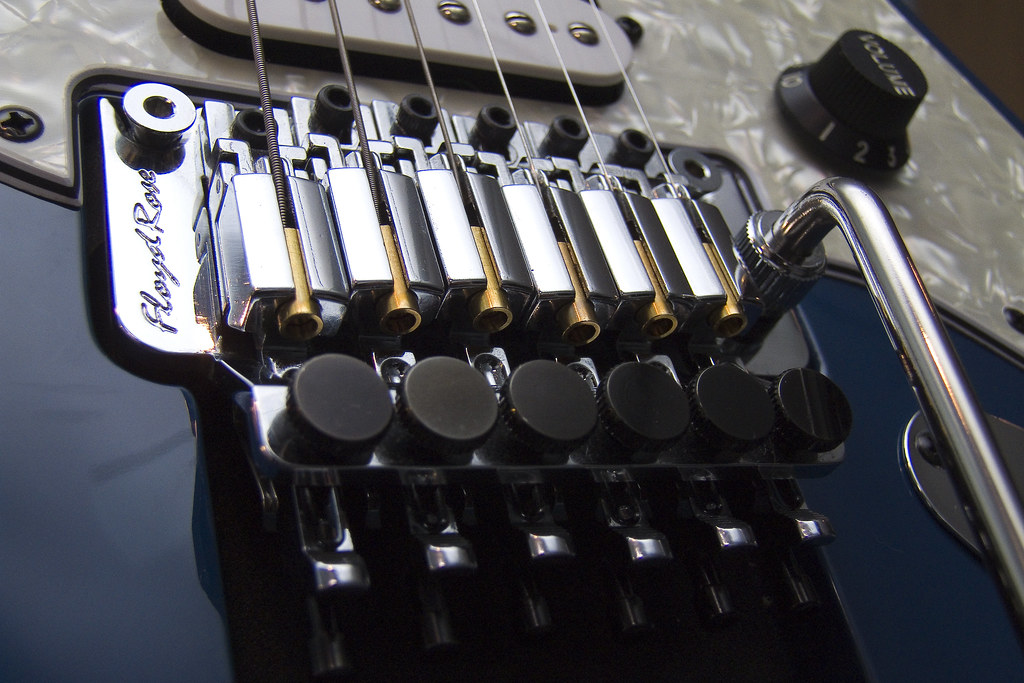 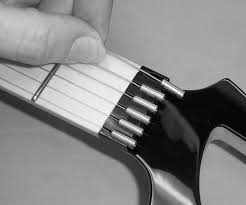 The Speedloader required the use of specialized strings, which were somewhat similar to Fender Bullet strings but larger, double sided, and pre-cut to determined lengths.

The pictures above show where they rested on the bridge and headstock.  The headstock does not require tuners, although it’s shaped for it.  You could also use these on a headless design.  You could literally snap the strings into place in a matter of seconds and be ready to play after a quick fine tuning.

The video above goes over some more details and overview of the entire tremolo system. 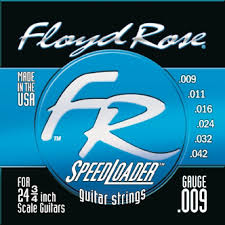 The Speedloader strings were perhaps a reason why the tremolo never took off.  Not all stores carried them, and you sometimes had to special order and remember to get them in the correct scale length.

The Speedloaders were featured on the “Discovery” Series guitars upon release.  Notice the headstock isn’t actually needed, but in fear people would possibly be turned off by a headless design, they probably decided to keep a headstock shape on the guitar. 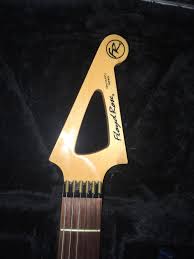 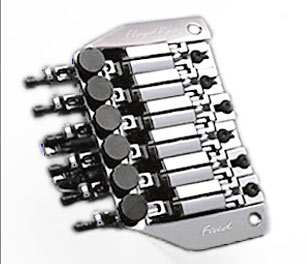 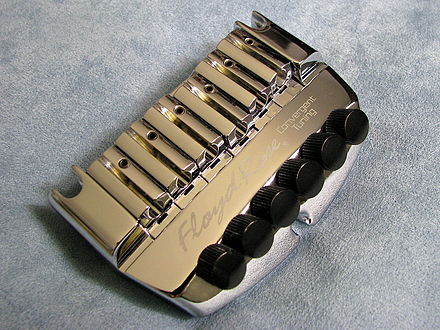 They also made a fixed and convergent tuning style bridge which could incorporate the strings (shown above).

Although solving a 20 year-old problem regarding the somewhat time-consuming (if you’re not experienced) process of restringing a standard FRT-5 Floyd, people never caught on to the Speedloader.  I thought this was a great idea for a live situation when, you know, the average joe doesn’t have a guitar tech to solve dilemmas at a local bar gig.

Perhaps Floyd didn’t realize by 2003 most guitarists are simply bedroom players that don’t care about quick string changes?  I’ll guess we’ll never know.  There are rumors that court battles regarding licensing and patents prevented future production of the Speedloader.

As a little secret, you actually don’t need Speedloader strings to use the bridge.  You can simply use Fender Bullet strings and keep the normal tuners on your guitar due to the Fender Bullets having only one side of the string “bulleted.”  The Speedloader trems are a direct swap for a regular FRT5 Floyd.  I recommend changing the sustain block, however.  The rest is rock solid.

Due to ending production of the strings (but there’s talk of bringing them back), you can find the Speedloader bridges rather cheap, which is ironic considering they actually cost more than the original Floyd Rose upon release.

Today, the Discovery series guitars still exist, but without the Speedloader.  It now has standard tuners at the headstock.