Saying that Schaller has a “licensed” tremolo is rather ironic considering their factory has been making the official FRT-5 original Floyd Rose since 1983 (Fernandes Japan was also contracted to make the official Floyds until 1984…in case you didn’t read the rest of the website).

Falling sales in speakers and amplifiers made him decide to focus more on machined guitar parts in the early 1980s, and eventually, making a signifiant contract with Floyd Rose in around 1983 for a high production of Floyd Rose FRT-5 units to be put on Kramer Guitars, the highest selling electric guitar brand of the mid-1980s.  Schaller also made the popular “Golden 50” pickups put on early 80s Kramer guitars.

Helmut Schaller lived until 1999, and ironically, his son died around the same time.  This left the company is somewhat of a peril, but the company regrouped and since 2006 is now owned by Dr. Lars Bünning. 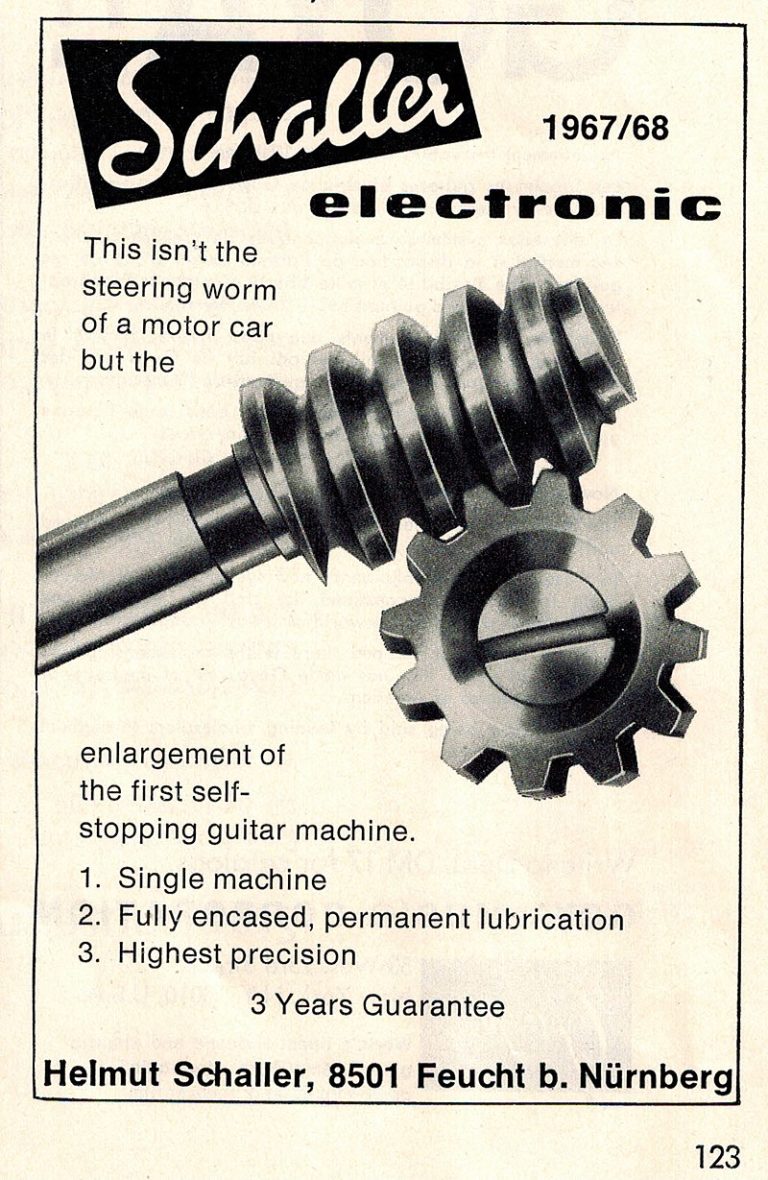 The Schaller factory has a rather interesting history in itself and could probably deem its own website (sorry, I’m not taking that on).  The company was started in 1945 by Helmut Schaller.  He was a radio/electronic repairman that eventually started making metal machinery for guitars.  He started making guitar tremolos, bridges, and tuners in the 1960s.  The tuning machine “M6” is something you’ve probably heard of.  It’s world’s first fully enclosed, self-locking precision tuner and still a popular product today.  Helmut started out making reverberators, speakers, and amplifiers from 1950s-1970s . 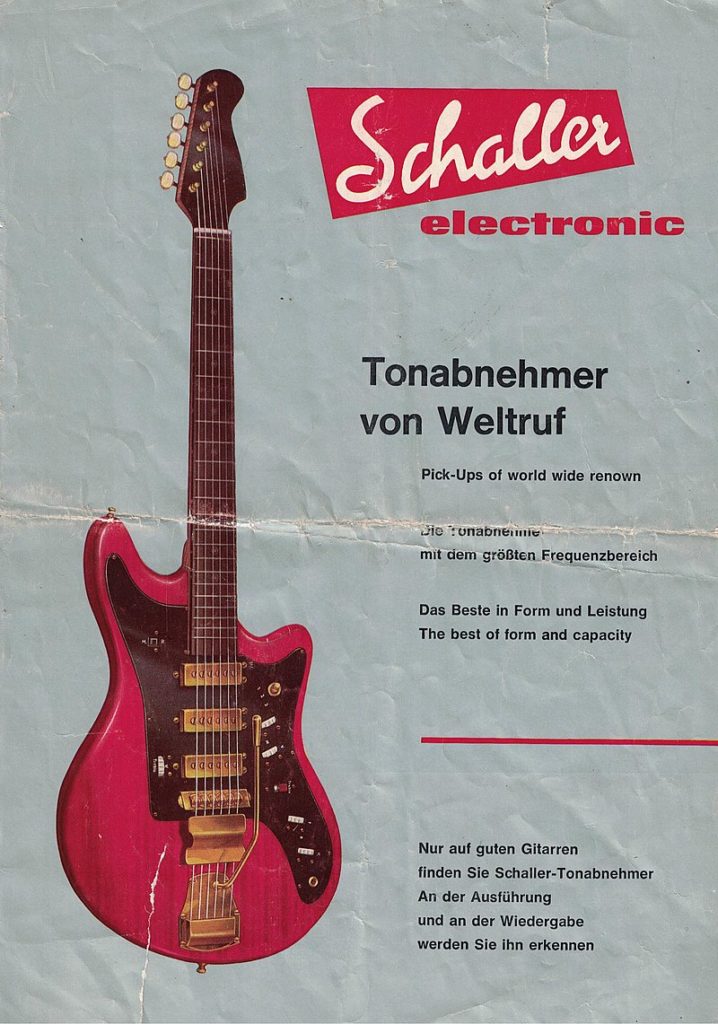 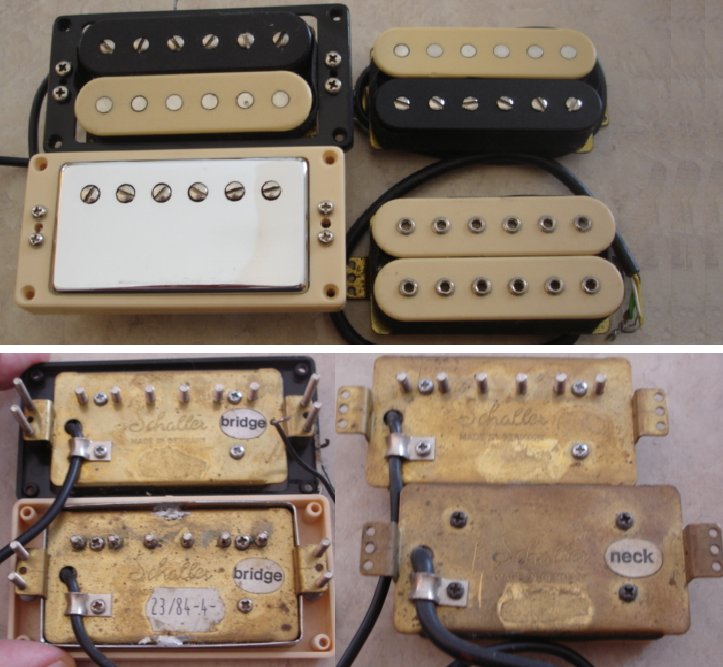 Schaller made their own pickups as well.  Above are Schaller “Golden 50s” which were used on early 1980s Kramer guitars, more specifically a reversed zebra version on the 1983 Kramer Baretta “Holy Grail.” 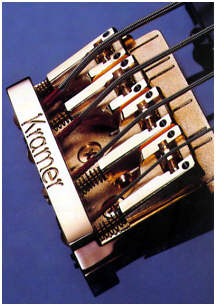 Schaller made many styles of bridges, such as the bass bridge you see above for Kramer. 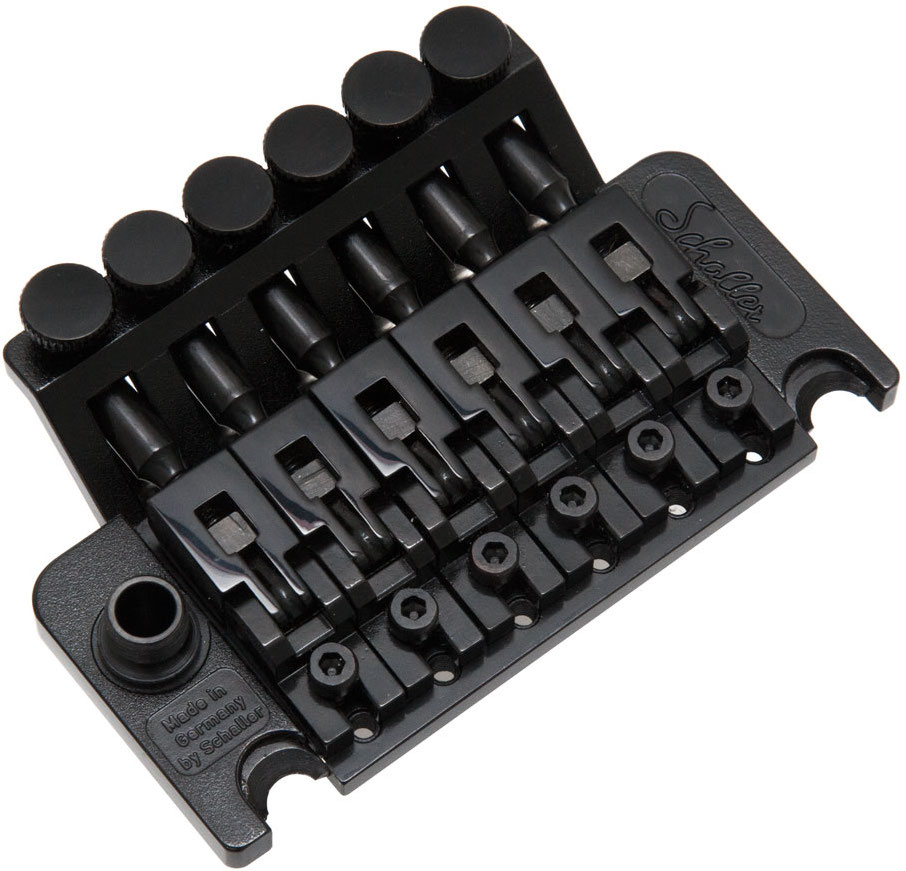 Two main things set it apart from the Official Floyd:  replaceable knive edges and shorter locking bolts for the insert blocks.  Upon replacement of the knive edges over time, the Schaller could last indefinitely with perfect tuning.  Exchangeable knife edges made of hardened steel and cast steel saddles, combined with a solid tremolo block provide perfect sound transmission and an extremely long sustain. Some users believe the shorter locking bolts are also more cosmetically appealing. 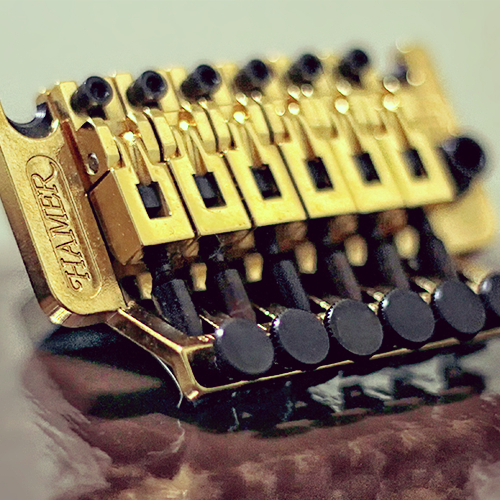 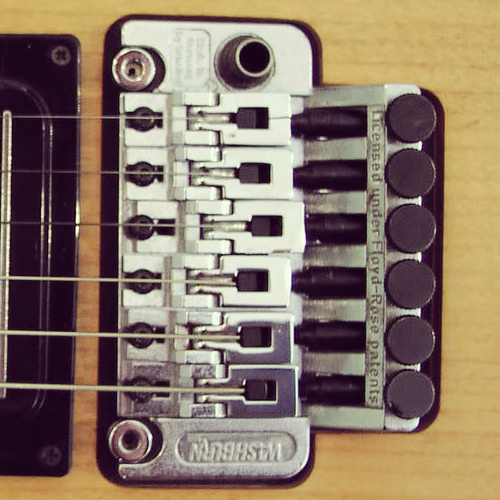 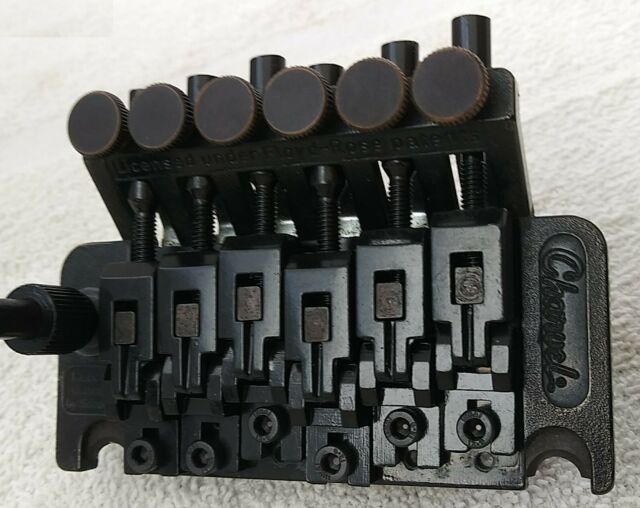 Schaller also made their tremolo version with other guitar companies’ stamp on the plate, as you see above.  Hamer (left), Washburn (middle), and Charvel (right) all had the Schaller tremolos throughout the 1980s. 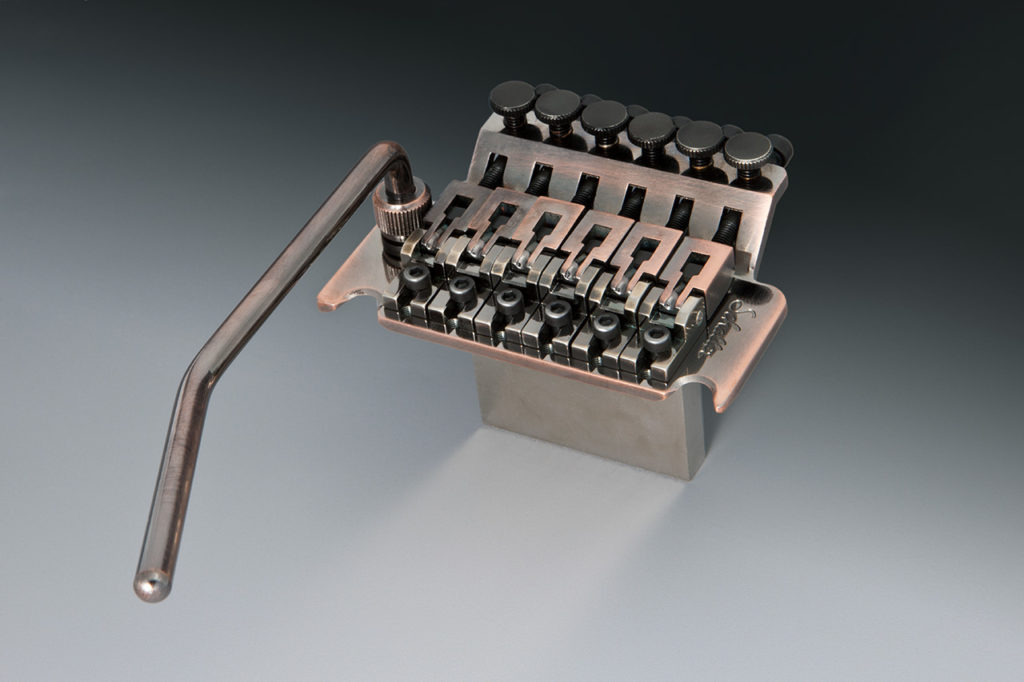 The Lockmeister tremolo is relatively recent and is more similar to the modern official Floyd Rose.  The Lockmeister does not have replaceable knife edges like the previous model.  Instead, the Lockmeister uses a C45-steel ground plate.  Futhermore, all studs, inserts and screws on the LockMeister feature black-zinc and black-chrome finishes for improved look, touch and durability.