The first appearance of the FRT-2 is in the 1982 Fernandes catalog. 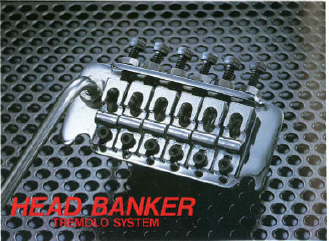 You could consider the FRT-2 the very first “licensed” Floyd Rose ever, although a licensed Floyd didn’t technically exist at this time.  The FRT-2 was released at the same time as the FRT-1 in 1982 and first appeared in the 1982 Fernandes catalog with its brother, the FRT-1.  It was produced alongside the FRT-1 and supposedly possesses the same high quality, but it had chrome-plated brass saddles, which was likely a cost-saving measure.  The FRT-2 does not have insert blocks or locks at the saddles like the FRT-1.  It’s a string-through model, and this is the primary difference.

The FRT-2 was put on Fernandes ST guitars which were a step below the highest grade versions (but still high quality).  That being said, the FRT-2 did not die out after six months like the FRT-1.  In fact, the FRT-2 lasted all the way until the end of the Japanese Floyd Rose contract in 1985. 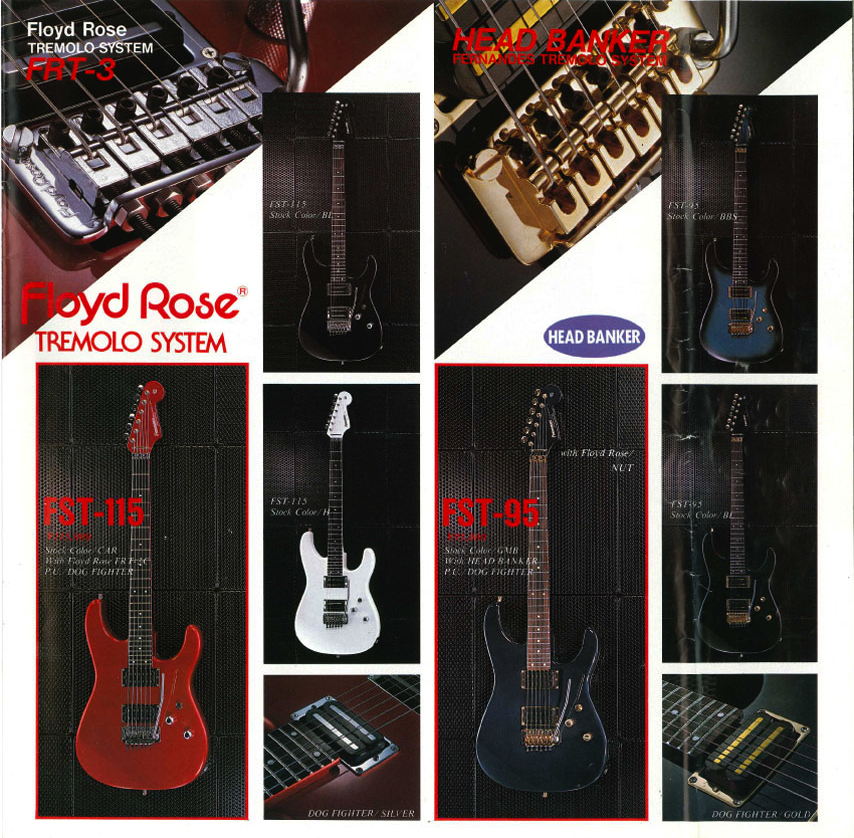 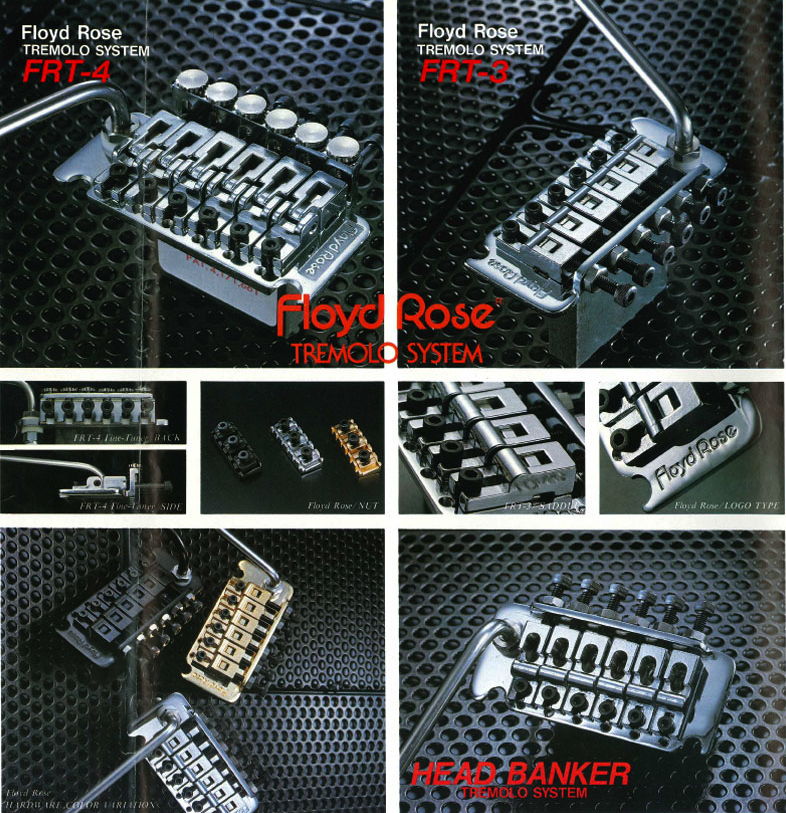 This is a rather interesting photo of the FRT-2, 3, and 4 together in the ’83 Fernandes catalog.  The FRT-2 (Head Banker) is botton right. 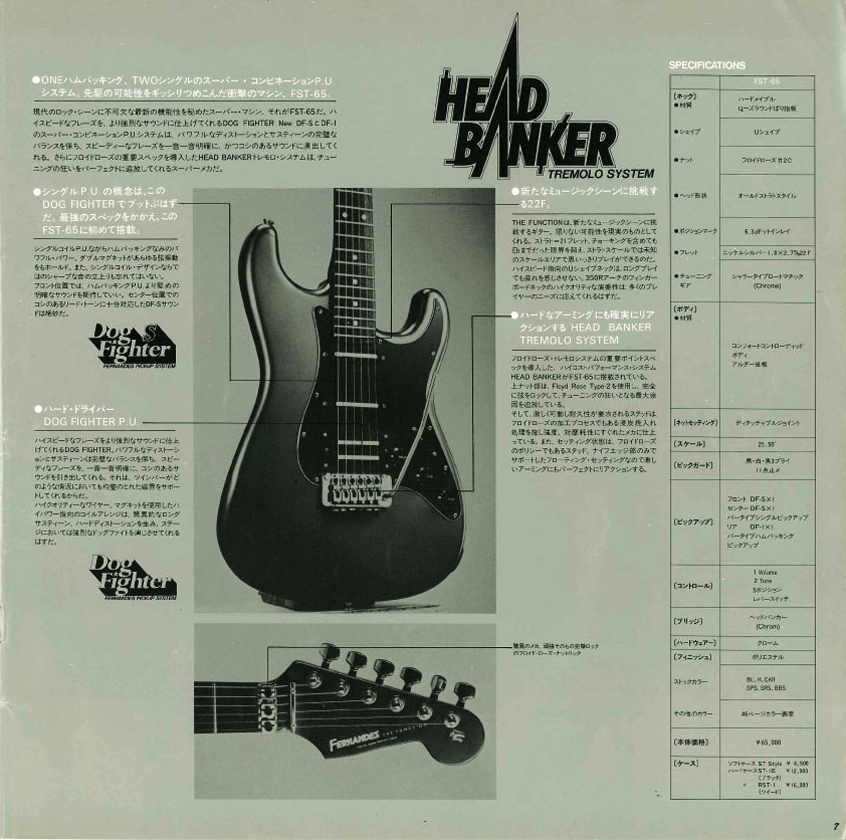 The FRT-2 is still alive and well in the 1984 catalog above but now put on lower-end models. 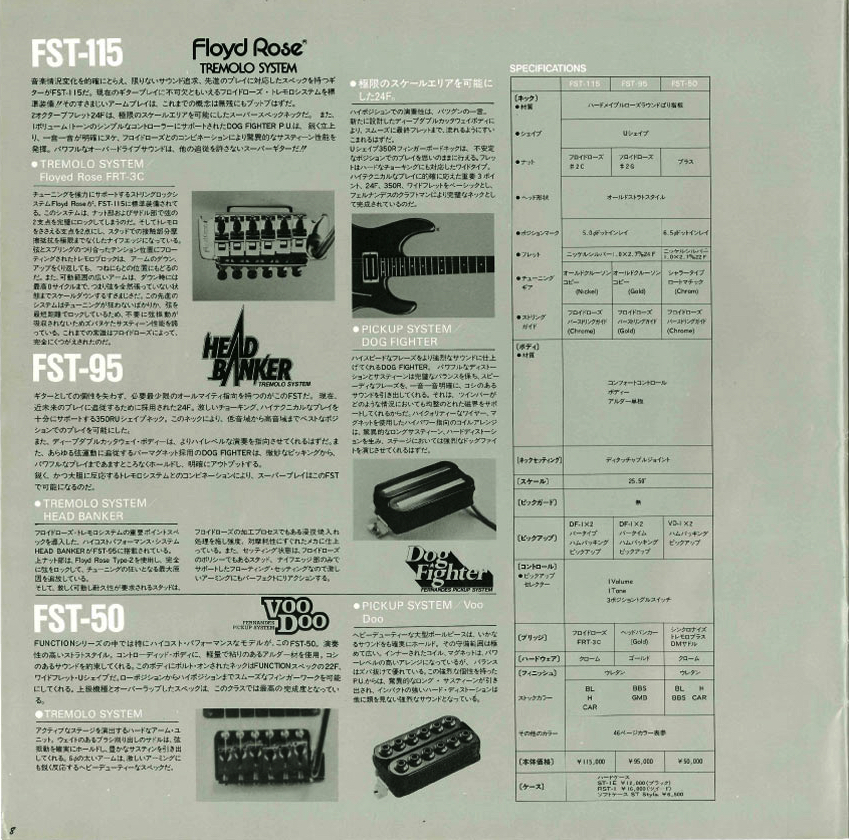 Another page from the ’84 catalog.  If anyone could translate this into English, please email me. 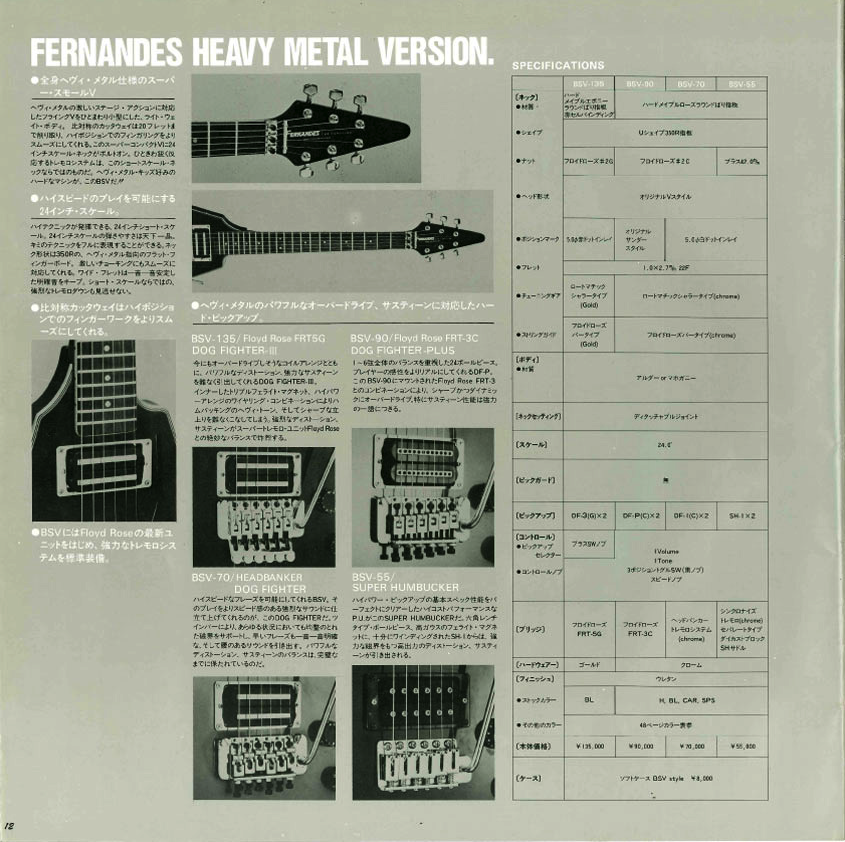 Once the FRT-5 came out in the ’84 catalog, all effort was into marketing the fine tuning versions, and the FRT-2 was put at the lower cost models. 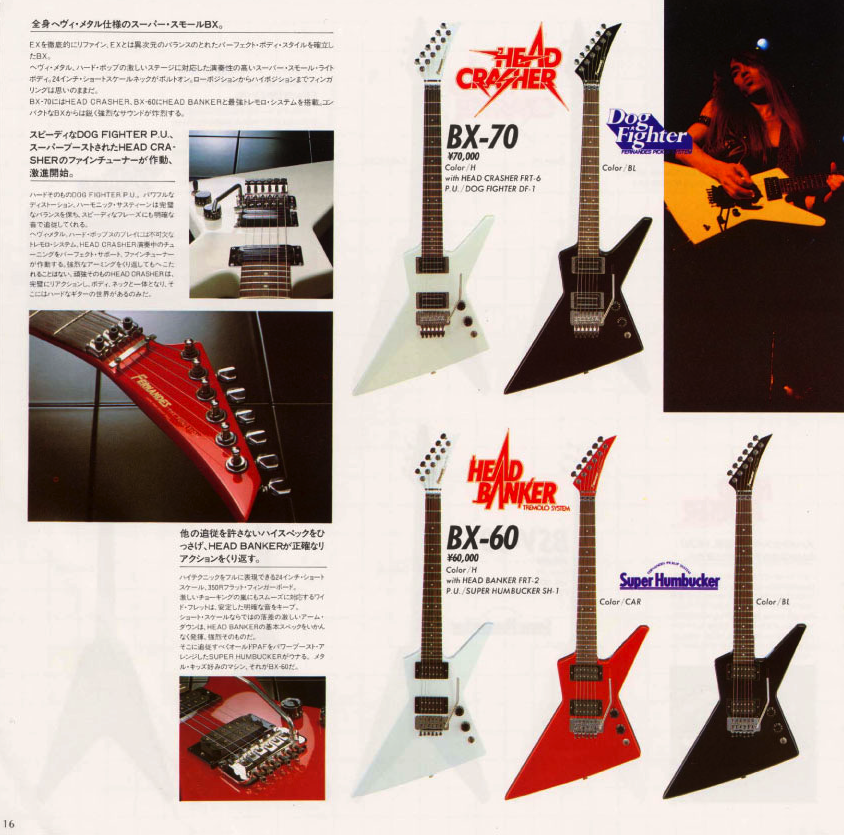 Above is a photo from the 1985 Fernandes catalog and the last catalog you’ll see the FRT-2, which is pretty good considering 1985 is the end of the Japanese Floyd Rose contract. 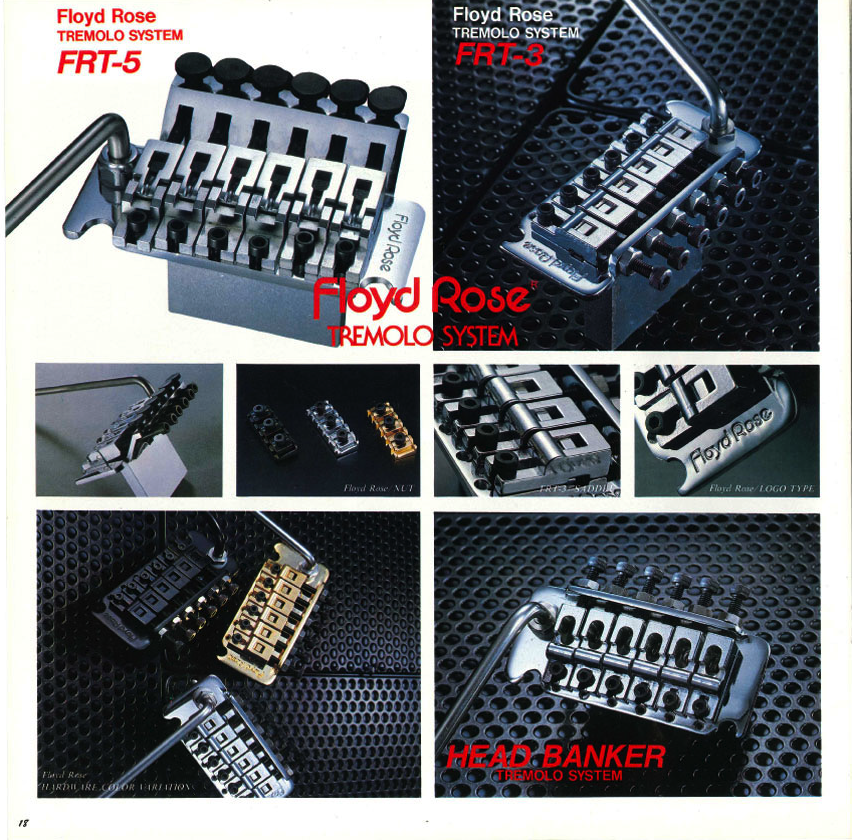 To me, this is an iconic page in the 1985 Fernandes catalog.  It presents a German Schaller FRT-5 (and not the Japanese FRT-7/5….that’s another story), which signals the end of the Japanese Floyd Rose reign while also displaying a tremolo which was there from the beginning….the FRT-2.  The ’85 catalog is the last time you’ll see the FRT-2, as Fernandes somewhat redesigned it into another string-through model called the FRT-6 and FRT-9.

Check out the FRT-3